Surveying the seabed off Gigha and Kintyre in Argyll

As the Argyll MPA Planning & Data Project Officer for the MarPAMM project I am extremely fortunate that I get to spend time working across two work packages: the MPA Regional Management Plans and Benthic Habitat Mapping and Modelling work packages.

Towards the end of September I undertook a five-day drop-down video (DDV) survey around the waters off the Isle of Gigha and Kintyre. The DDV technique is straightforward and a great way to get to know what lies below: We lower a camera frame over the side of our boat and use a winch to drop it to the seafloor. Then we position the camera just above the seabed and let the boat drift for 5-10 minutes. Thanks to an umbilical and an on-board monitor we can observe what the camera sees in real time. The HD video footage is also recorded for more detailed analysis later.

The aim of the survey is to gather biological records of seabed habitats in nearshore waters around Gigha and west Kintyre for the MarPAMM Benthic Habitat and Modelling work package.

My colleague Liam and I arrived bright and early at the West Loch Tarbert harbour to meet skipper Andy and winchman Mike of The Skua. Once the boat loaded and Andy has completed the safety briefing we head out of the loch towards a priority areas east of Gigha.

On the very first drop we are greeted with an abundance of slender seapens on mud. This becomes a common theme throughout most of the day with seapens making an appearance at many of the drop stations. We also visit a known horse mussel bed just off Gigha’s northeast coast.

As it is quite windy, we decide to head to the western side of Gigha to survey stations that are more sheltered from the wind. Here we find coarse mixed sediments and kelp communities. As we travel further south the wind picks up and a swell causes the boat to bob up and down, making it tricky to view the live video footage. Still we decide to work through the challenging conditions and a small dose of seasickness and head back towards West Loch Tarbert to complete some of the stations planned here. Again, we find mostly coarse mixed sediments and at the last station spot a beautiful white plumose anemone.

On day three we complete some of the remaining stations at the entrance to West Loch Tarbert before heading down to southwest Gigha. Between Gigha and Cara Island we discover a previously unknown maerl bed. To gauge the extent of the bed we add an extra station and capture the east-west progression from sand ripples with maerl sitting in the troughs, to a maerl bed proper and then to kelp. As the swell lessens we continue up the west side of Gigha and pick up stations that we couldn’t survey yesterday. Here we find another maerl bed that was previously unrecorded! In deeper waters (45-80 m), we come upon rocky substrates that support a diverse northern seafan and sponge community with an abundance of Devonshire cup corals and the soft coral dead man’s fingers. We also catch a fleeting glimpse of a colonial football sea squirt and a dogfish!

The main aim for today is to visit the remainder of the top priority survey stations, map the north-south extent of the maerl bed between Gigha and Cara Island (to compliment the east-west extent filmed yesterday) and to map the extent of the horse mussel bed off the northeast coast of Gigha. We locate the horse mussel bed fairly quickly and find that it extends further north and east than we expected, with the horse mussels densely covered in brittlestars. Other highlights from the day includes discovering phosphorescent seapens in burrowed mud and sparse maerl on sandier substrates.

Today is our last survey day. We want to complete as many of the remaining stations to the south of Gigha as practicable and to revisit the northern seafan and sponge habitat observed earlier in the week. We see some lovely phosphorescent seapens just before moving onto the rocky reef habitat with seafans. To the southeast of Cara Island we encounter another maerl bed that exhibits a similar structure to the bed observed between Gigha and Cara Island (in terms of maerl in sand waves adjacent to a bed with denser live maerl).

Just as we get ready for our last camera deployment a pod of pilot whales turns up right next to the boat followed shortly afterwards by a pod of bottlenose dolphins, who put on an impressively acrobatic display! 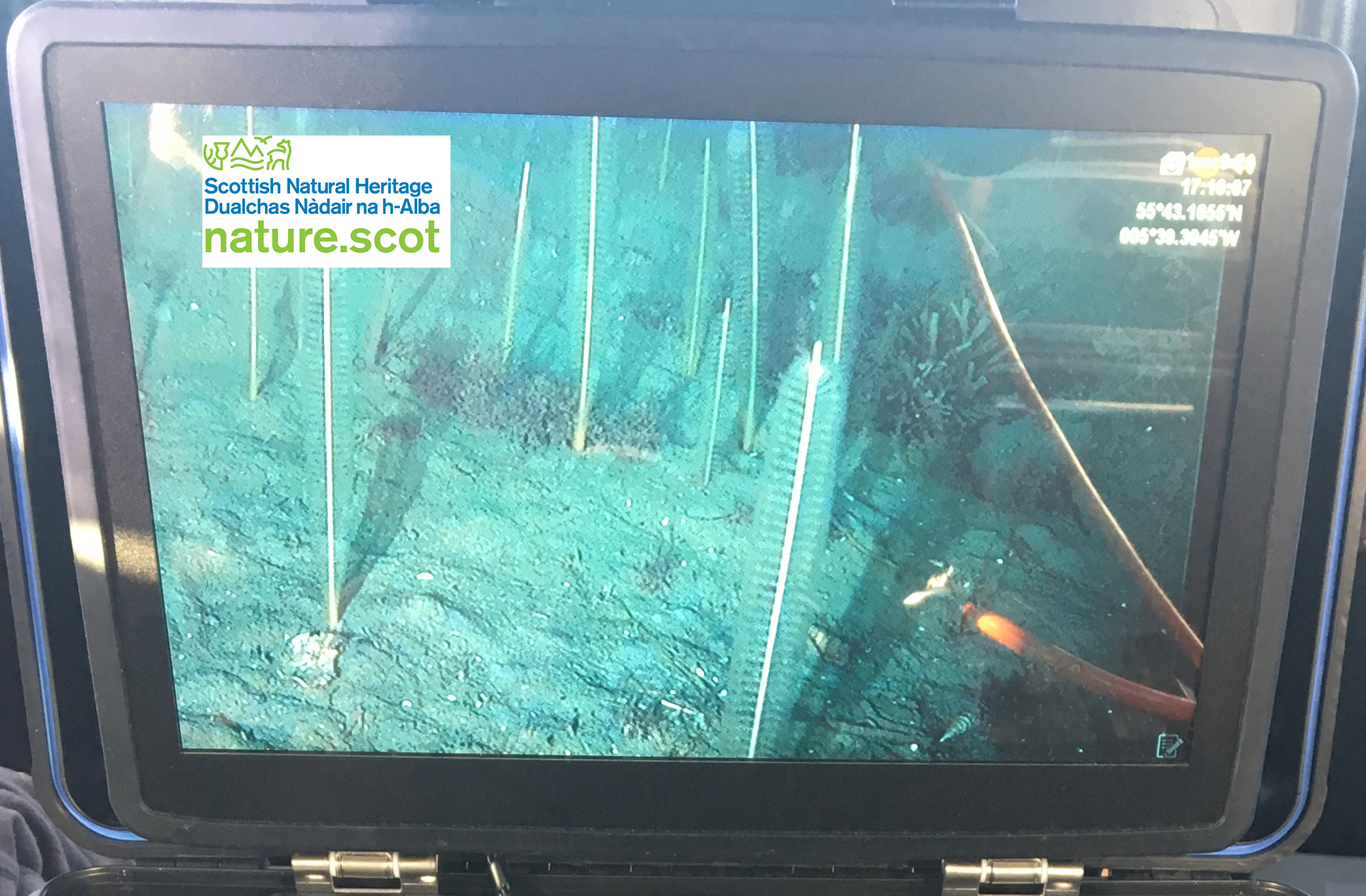 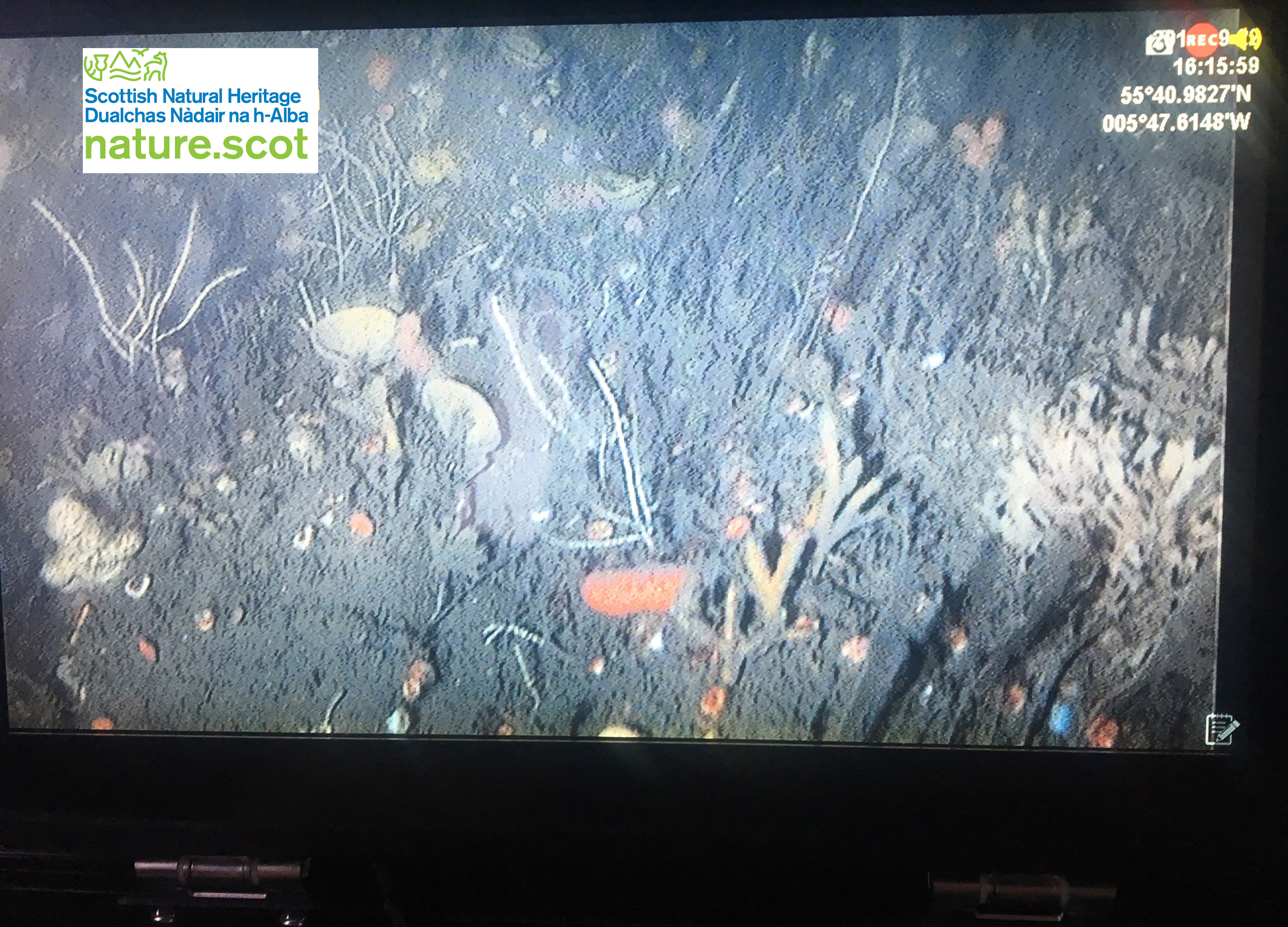 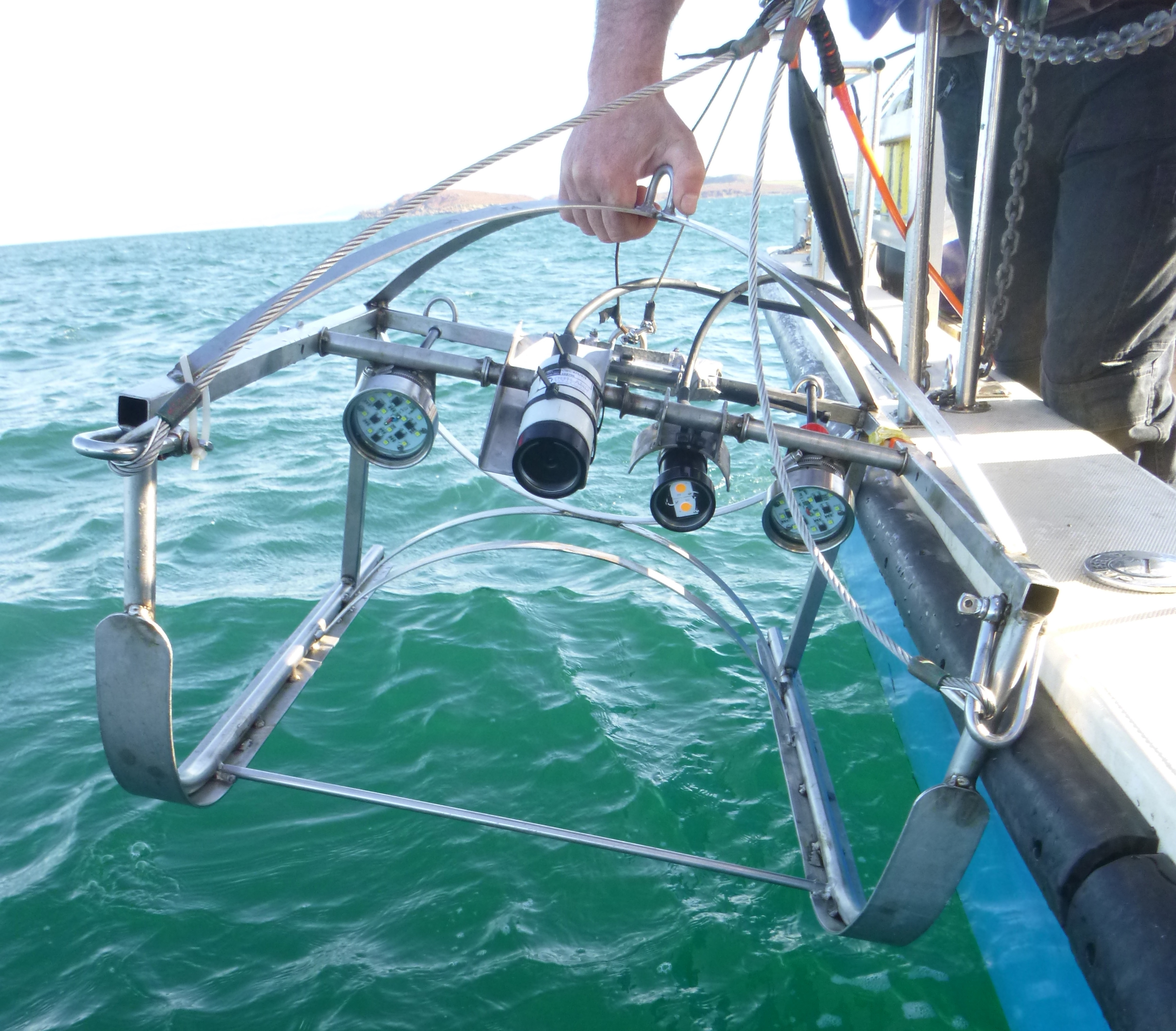 Overall, we had a fantastic few days out on the boat with a very knowledgeable skipper and crew and the weather staying (mostly) at bay. We surveyed 124 stations over the five days and gathered video footage for a number of the species and habitats being explored as part of the MarPAMM benthic modelling work. Relevant habitats and species included burrowed mud with seapens, horse mussel beds, northern seafans and maerl beds.

The new records of relevant Priority Marine Features (PMFs) will feed straight into an ongoing project being led by Marine Scotland . More detailed analysis of the video footage will get underway shortly with the full results published in an SNH research report in early 2020.

In 2020 we look forward to completing more MarPAMM seabed habitat surveys around Argyll as well in the Outer Hebrides.