New maps show where our seals are when at sea

MarPAMM researchers from University College Cork teamed up with the Sea Mammal Research Unit at the University of St Andrews to produce maps of the distribution of both grey and harbour seals in our project area. They are based on an extensive seal-tracking dataset that follows seals at-sea exploring their foraging behaviour and habitat use. 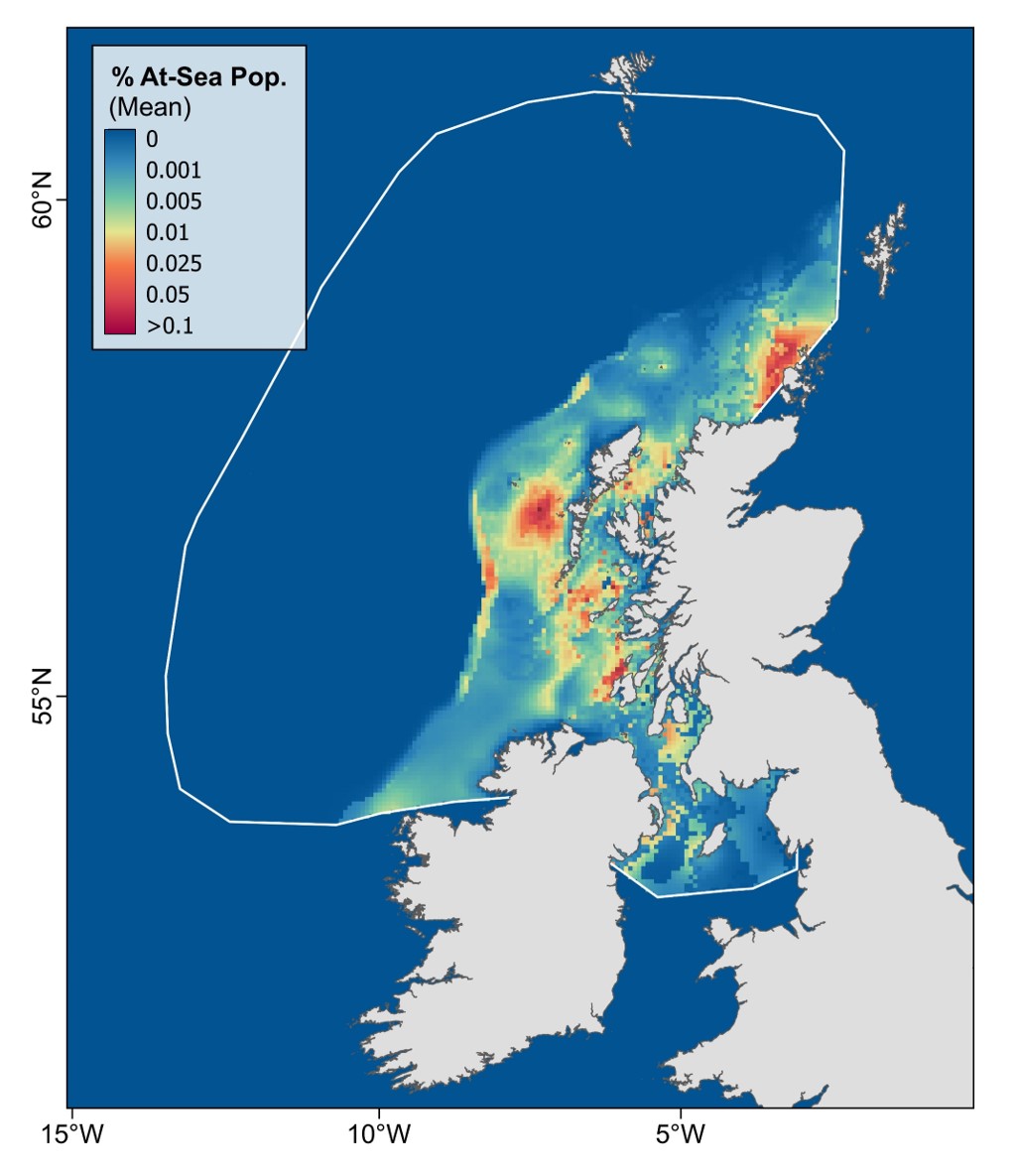 Distribution map for grey seals at-sea in the project area, with hotspots of occurrence in red

Figure: Distribution map for grey seals at-sea in the project area, with hotspots of occurrence in red.

These maps will be used to compare the distribution and habitat use of seals with a range of human activities and impacts including shipping and associated underwater noise. Analysis of shipping intensity is being conducted by MarPAMM partner Marine Scotland Science.

Grey and harbour seals are both Annex II listed species under the EU Habitats Directive, meaning that their habitats must be managed in accordance with the ecological needs of the species. MarPAMM fills critical knowledge gaps on seal ecology needed for effective management.